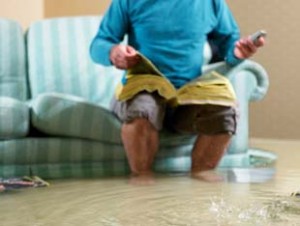 People have a tendency to spend a lot of money on their homes. For most, a home is not merely a place to live, but also a financial investment. If this can be true for a home, it is definitely true for an office building. People that have purchased a space that is large enough to be used for offices and have developed their own business have typically put in years and years of hard work and a great deal of money into the project. Having either one damaged by water, fire or smoke is much more than an inconvenience. It can be a tragedy because it may prevent people from having a place to live or it may mean the closure of a business and thus the cessation of income that is required to pay the bills. Fortunately, most water damage as well as fire and smoke damage can be repaired successfully. The key is to find a company that can get the job done properly.

If your home or business has been damaged by water, you may be wondering where to begin. The damage could have occurred as a direct result of a fire and the subsequent amount of water that had to be used to successfully extinguish it. Conversely, water damage may be caused by a storm that has taken off part of the roof or by flooding. Regardless of the reason that it has occurred, it can create a significant amount of damage in a very short period of time. Wiring is often ruined, as is the floor. Furniture and personal possessions are typically damaged or destroyed. It may even be necessary to take out some of the walls of the house in order to prevent the growth of mold. In order for the restoration process to be completed properly, a company that knows exactly what they are doing should be called in. Otherwise, there could be problems with dangerous mold, wiring problems or even structural issues if the building was significantly damaged.

Fire is another thing that can ravage a home or business so quickly that it is almost unbelievable. Even when the fire itself does not reach certain sections of the structure, smoke damage often results and permeates everything to the point that the structure cannot be inhabited. Again, having a company come in to restore the structure and many of the possessions inside of it that knows what it is doing can mean all of the difference between being able to go back into that structure and having to abandon it permanently.

The reason it is so important to hire a reputable company as opposed to trying to do this type of work itself is that companies that specialize in this work have the knowledge of specific techniques that are used to restore possessions and to clean buildings and restore them to their former glory. They also have the tools at their disposal that are needed in order to accomplish this type of work. A good restoration company can make it appear as though a fire or flood never happened in the first place, as they are able to get the smell of smoke out of the building itself as well as out of personal possessions. In many cases, these things can be restored completely even when all appears lost.

If you have suffered some type of damage to your home, apartment or office building, you should not hesitate to contact the company that can get the work done quickly in order to allow you to go back into the building.