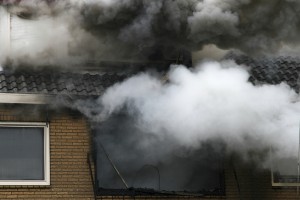 It has been an old adage for centuries now that “where there is smoke, there is fire” and vice versa. No homeowner or business owner wants to encounter fires of any sort within their home or business, but the truth is fires occur; and they occur more often than we like to imagine. When you have a fire within your property, you often need professional help when it comes to restoring the structure, and this is especially true when it comes to handling the hidden effects that smoke creates.

To understand how smoke can become such a problem for homeowners, one needs to understand how smoke behaves. It does not behave the same as fire does. For most people, calling in the assistance of a trained professional is the best advice as these individuals know what to look for, where to look, and how to resolve the issues that they find.

A major issue that homeowners face when they have a fire, even a small one, is that areas of the home that may not have been touched by the fire, will have issues with smoke damage and odors. Smoke, because of its very nature, will get into virtually any cavity or space that is near the fire, and sometimes much farther beyond. This means that smoke damage and the odors that come along with this type of damage can permeate the whole structure. These odors will also affect furnishings and carpeting.

A trained professional who knows how to deal with smoke damage and smoke odors will know, for instance, that smoke will move to cooler areas as well as move toward the higher levels of home. They will also know that smoke tends to move around the plumbing system of the home and that this is one of the main ways that smoke is able to move to thoroughly throughout the home. And, they also know that there are different types of smoke, each causing its own type of damage.

The manner of restoration for smoke damage will depend on the type of smoke that occurred. Professionals can test the soot residue to determine what they are up against. For example, treating wet smoke residue, which comes from low heat, smoldering fires, will leave behind smoke webs as well as a very sticky residue that can be difficult to remove. Dry smoke, on the other hand, is the result of fires that are fast burning and intense. The soot residue that you find with this type of damage will be powdery and dry in nature. These are just two of the types of soot that needs to be cleaned and their corresponding odors dealt with if the homeowner wants the structure to be fresh and clean again.

These are just a few of the many issues that have to be resolved when homeowners have smoke damage in their homes. And we haven’t even looked at the effects that putting out the fire will bring about. Water, fire extinguisher residue and other materials that were used to put out the fire are often present as well.

If you have smoke damage and need professional help, give us a call and let us inspect your property to see what can be done to resolve your problems.